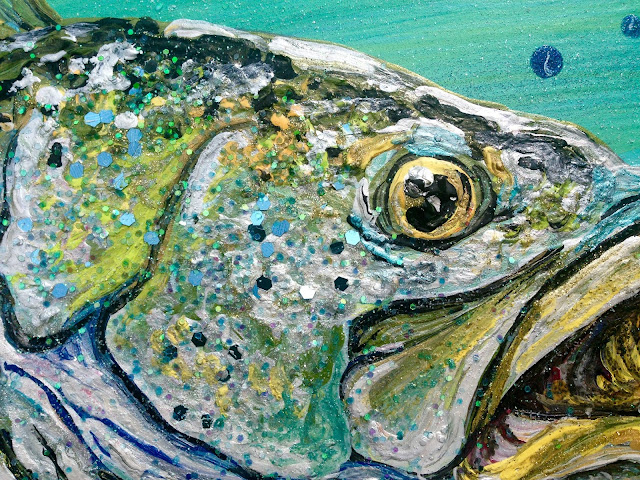 My niece and nephew are ages 5 and 3. They live in Florida and we see them once a year. Since their father is a charter fisherman they have a fish theme running throughout their home. I've used it as the theme for several gifts. I've painted a chair for each of them. They have several Aunt Ashley painted step stools. Even my mother-in-law has one at her house for when the grandbabies visit. How is it that I've never made any for my own kids?! A mom fail that I have vowed to remedy this summer, and the kids are thrilled. They're old enough to have a voice in the process and we've had a lot of fun with that. 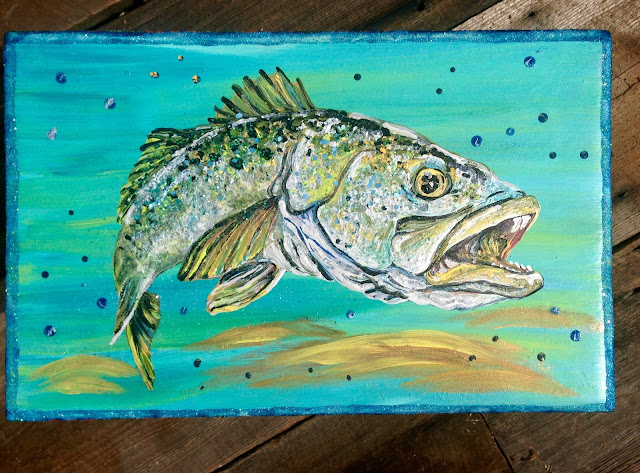 For years we've used the same old worn stools. The kids used them to brush their teeth when they were smaller, but nowadays they're used in the kitchen. It's a lot easier to see what you're putting into a mixer or reach to flip pancakes if you're up a little higher. Now they'll be steppin' up in style! 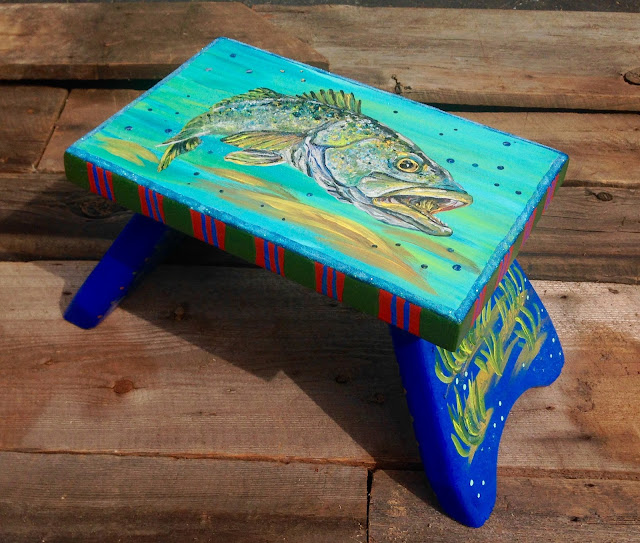 My kids LOVE Florida, and they love their Uncle Gregg. They caught their first fish with him and look forward to playing in the baitwell of his boat on extra hot fishing days. So, it was no surprise to me that they chose fish for the theme of their step stools. Since I started a stool for Matthew last summer I decided to finish that first. He wanted a spotted sea trout on the top so he could reminisce about the trout he landed in Florida with Gregg this summer. His picture was in the paper and on the cover of a local magazine, the Nautical Mile. It was a BIG deal. A very big deal. 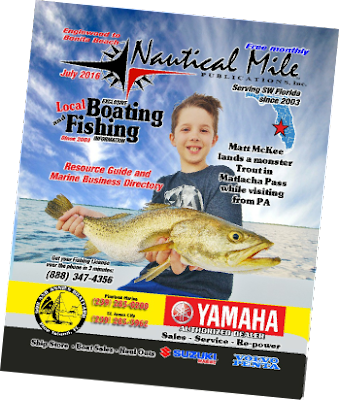 The folks at the Nautical Mile even had a poster of the cover printed so that we could hang it on our walls at home! How cool is that?!?! 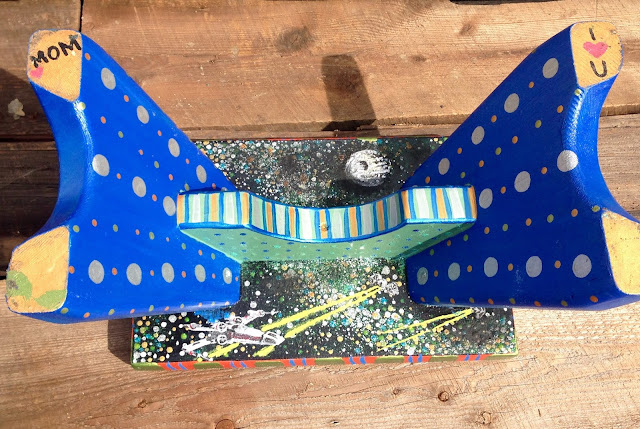 A surprise little love note on the bottoms of the legs, and a fun cool splash of Star Wars. Matt is obsessed with Star Wars. We have every movie, we've seen them all a million times, and he'll tell you without hesitation that episodes I, II, and III are terrible and overdone... He knows more Star Wars trivia than I'll ever know in my lifetime. When he truly loves something, he's all in. I love that. 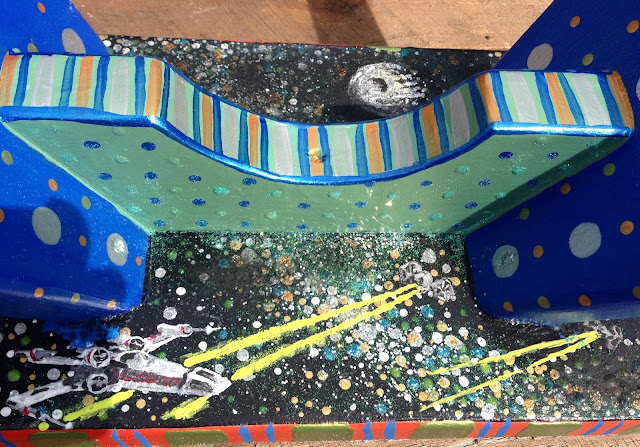