Adventure is OUT THERE!

Last spring a group of fellow teachers began planning a trip to hike a small portion of the Appalachian Trail and they invited me to join them!!! Naturally, I jumped at the opportunity to have a little adventure. For weeks we read books and blogs about hiking, researched what to pack and how to pack it, compared lists and notes, talked with people who have hiked the AT, and after a couple of months we had a mix of new and borrowed gear and were ready to go! 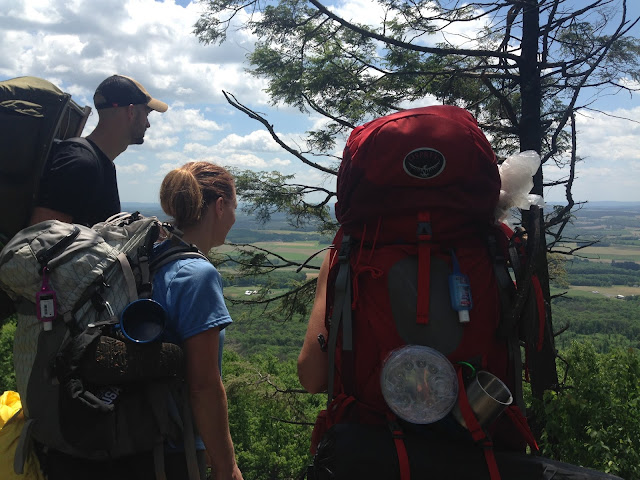 We met several folks hiking the AT, most of them alone, some young, some old, a few pairs, a few groups of 3, but we were by far the largest group with 7 in all. Your goal each day is to walk as many miles as you can, reach a shelter or water source, and not hurt yourself. Hiking sounds harder than walking, because it is. Each of us carried a pack loaded with everything you need to live and be comfortable for a total of 4 days. Food, water, shelter, layers, sleeping bag, water filter, bug spray, pocket knife, and the list goes on. After several attempts at packing and discarding items that I thought maybe I could live without, my pack ended up weighing a total of 29 pounds, which included 2 large bottles of water. Water is essential, it's hard to come by on the AT in Pennsylvania, and it weighs a lot. 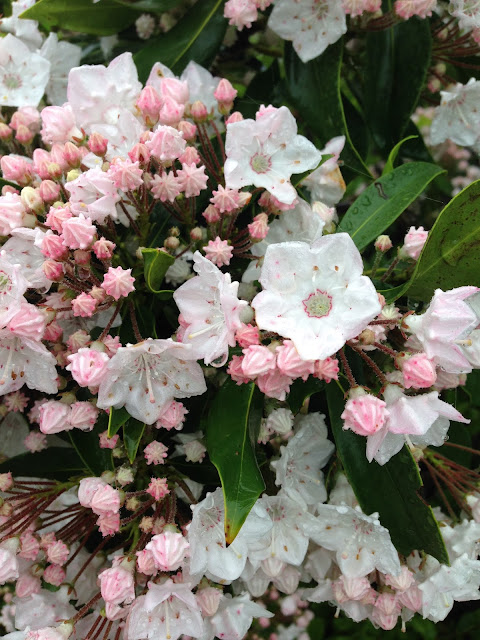 Eventually you stop worrying about how tired, sweaty, dirty, wet and thirsty you are because those discomforts aren't going away. You need to keep walking. Once you get used to carrying your pack, climbing rocks, and being less tidy than is typically comfortable you think about a lot of other things and you start to notice and appreciate what's around you. 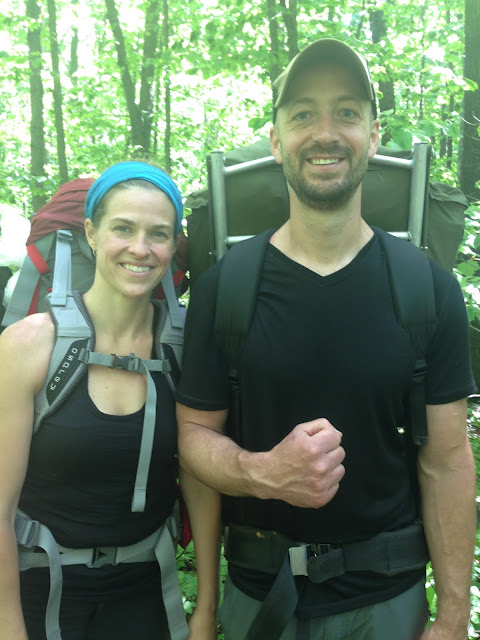 While hiking and climbing I mentally worked out a lesson plan for 4th graders making parodies of American Gothic by Grant Wood. When we stopped for a water break I shared my idea with the group and asked Dave and Erin Good if they'd be willing to pose for a quick caricature sketch when we set up camp later. They happily agreed to help me out, so in return I intend to draw a clean version of the sketch for them to keep. A little AT souvenir. I thought it would be fun for students to see teachers they know as my example, I'd be able to share the story in the picture, and they'd know I really do take my sketchbook with me EVERYWHERE! 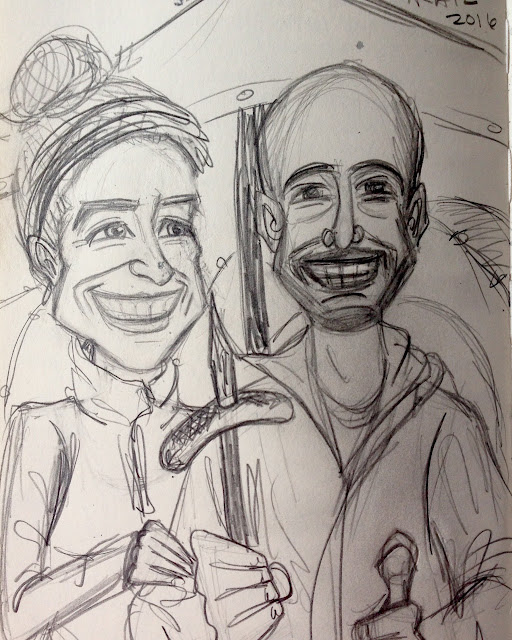 This picture sums up a lot of what we learned the first day. When we began our hike that day it was misty and we knew that it would rain at some point. Within the first half hour we met an old man sitting outside of a shelter COVERED in gypsy moths. Gross. He fully intended to sleep with them crawling all over because he said a storm was coming and he was done hiking for the day. We were just getting started and hoped to reach the next shelter before the storm, approximately 10 miles away. Like most folks we encountered on the trail, he told us about what the trail would be like for the next few miles ahead. He described it as flat for a mile or two. It wasn't entirely true, there were winding hills going up and down through the woods, but perhaps he said that because there were far fewer boulders to climb. 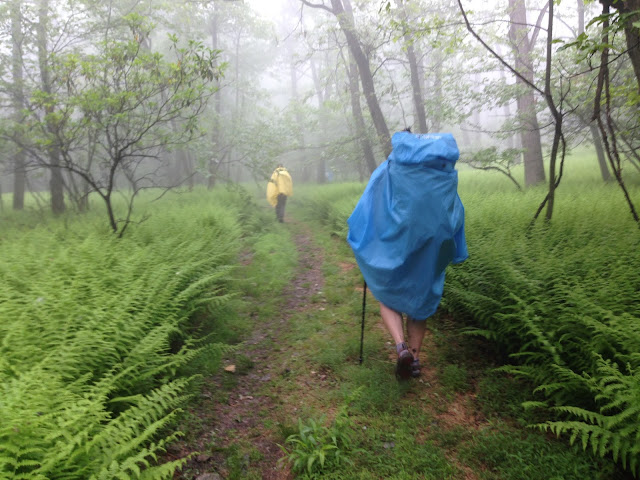 Surprisingly most of the AT we hiked had cell service! I was able to call my husband to let him know we were all safe. I shared a picture of the misty woods with my brother-in-law and he thought it looked kind of like Endor (a Star Wars reference). My kids agreed. 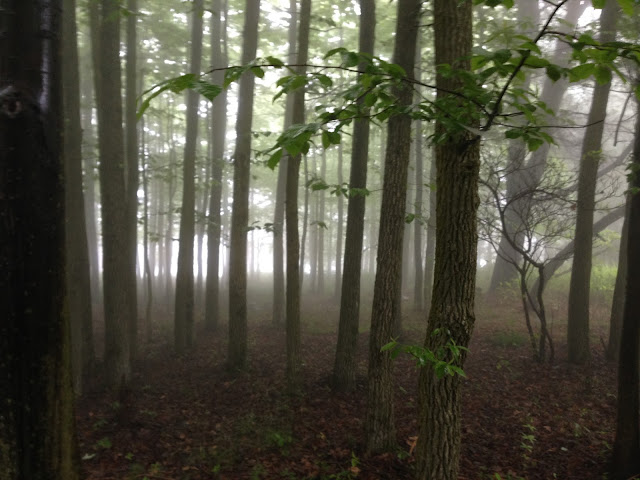 We met a few hikers briskly walking the opposite direction, trying to get to the shelter covered in gypsy moths before the storm. Throughout the afternoon we saw people setting up camps in the woods, stopping for the day even though there were a few hours of daylight left. We should have taken the hint. It began to mist and sprinkle, then thunder. The thunder got closer and closer. We realized we weren't going to reach the first shelter and had better set up camp. The moment my pack hit the ground to set up my tent the sky opened up. Torrential rain. We were instantly soaked. Thankfully we'd lined our packs with trash bags, a helpful hint from our reading paid off! 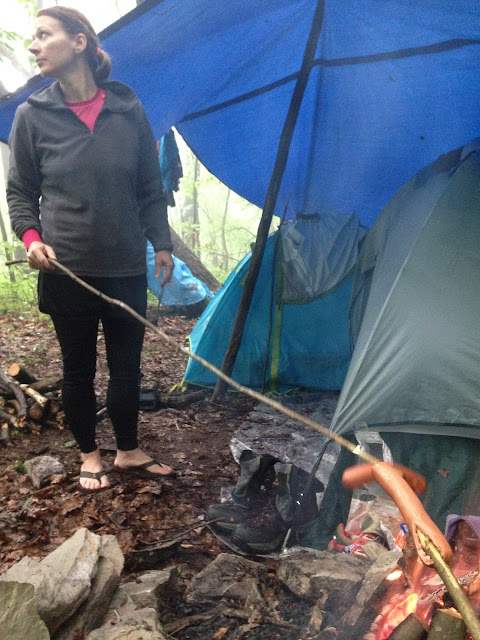 Having 7 people in our group was pretty handy in the middle of the storm. We worked as a team to set up a large tarp to pitch tents under, protected our packs, Wynn Doan and Nick Vasco made a campfire, and we feasted on hot dogs for dinner!!! They were the best hot dogs I'd ever had. They tasted like victory. 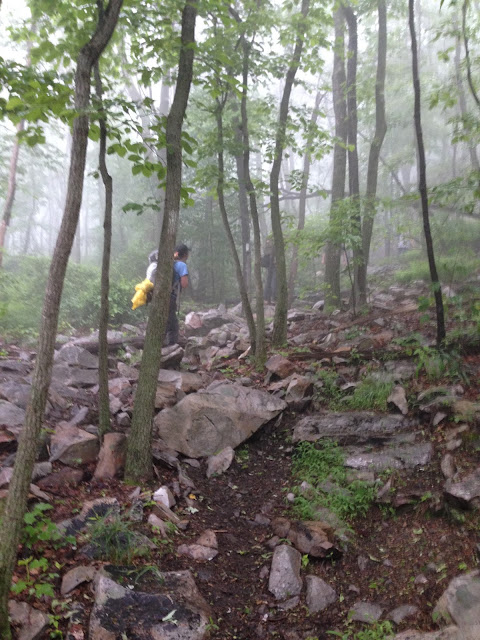 When we returned from our hike I started reading "A Walk In The Woods" by Bill Bryson. It tells the tale of his AT hiking adventure and I literally laughed out loud. He describes the types of rocks that you encounter on the trail and it nearly mirrors what I jotted down in my sketchbook. Smaller rocks jab the bottoms of your feet and twist your ankles, larger rocks test your balance, large boulders are for climbing (often with the help of a friend), and sunny rocks are home to snakes. We experienced them all. 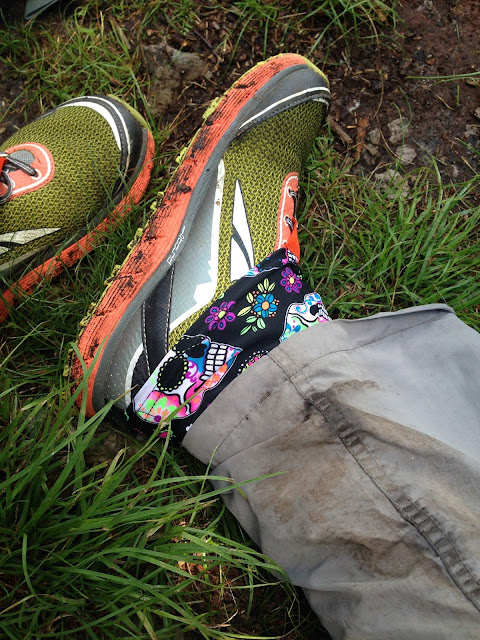 Teachers think about their students a lot more than people realize. When choosing my gaiters, which cover your shoes to prevent dirt and rubble from getting in them while you hike, I chose a Day of the Dead theme! We learn a lot about it in 3rd grade while talking about Mexican artist Frida Kahlo...anyway, they sure did come in handy and the fun pattern made me smile. 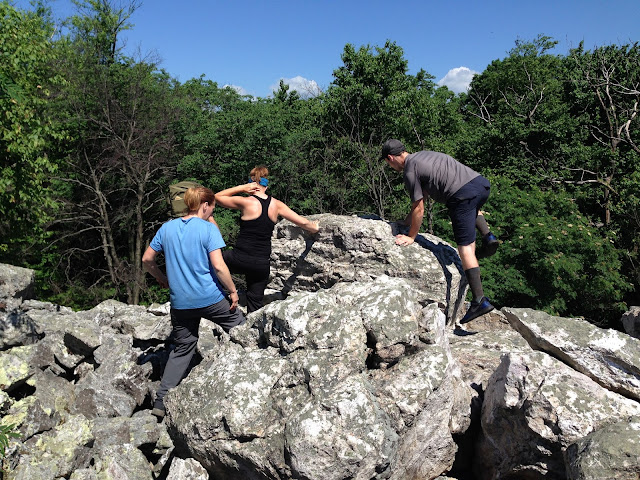 Most shelters on the trail are a 3 sided cabin with a raised platform inside that can sleep 6-8 people "comfortably". Some have a picnic table, some don't. We saw a few but never stayed in one. 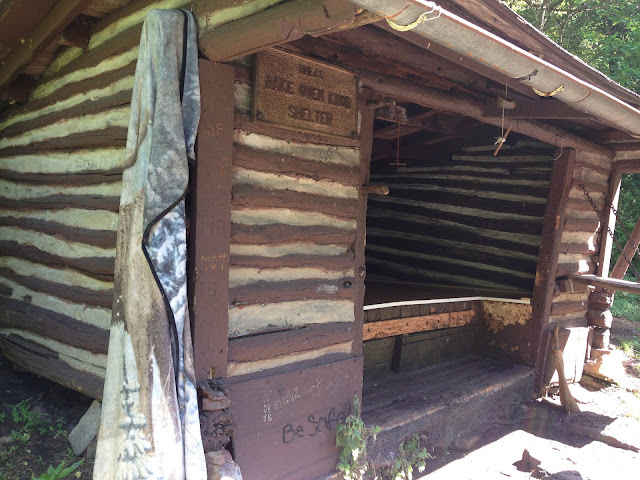 Our last night was spent at a shelter that was run by the local hiking club in Eckville. It felt like we were staying in a hotel! 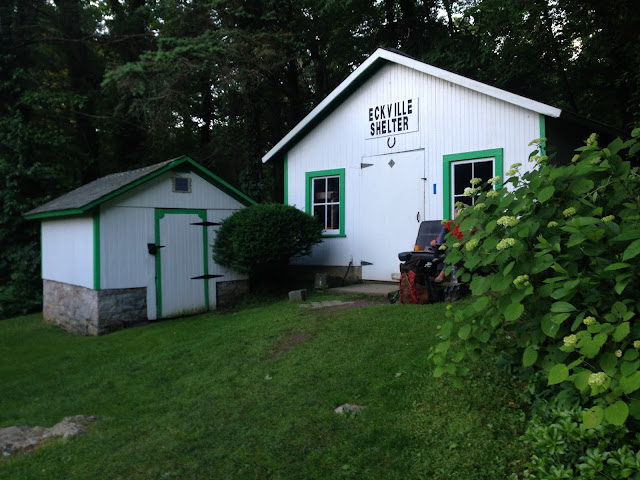 There was a small outdoor privy just up the hill (yesssss!!!!!!). 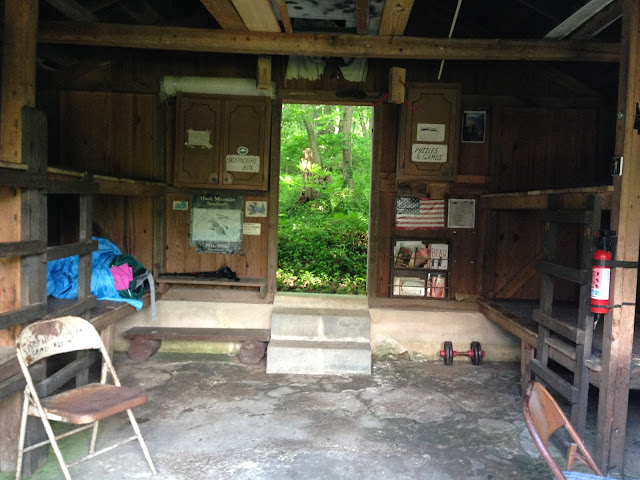 It was a large simple building with wooden bunks inside, a simple table and chairs, an outdoor faucet for refilling bottles (a sign warned that it was not for doing laundry), and a picnic table. A homeless woman joined us at the shelter for the night. She said she spent her days hiking the trail, occasionally working in hiker towns, and explained that the cupboard on the wall was a hiker box, where people leave extra items for other hikers to take if they need them. We left a few things behind and shared our extra food. When she realized it was our last night on the trail she said she felt sorry for us for having to return to "that world". We were sad to be ending our adventure, but pretty excited for a McDonald's breakfast. 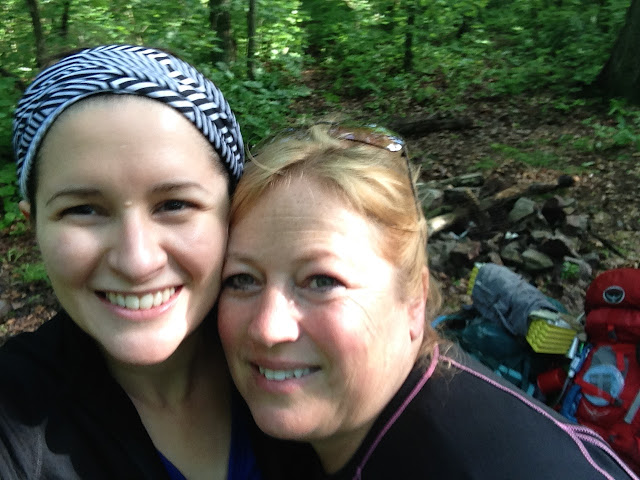 Hopefully hiking sections of the AT will become a fun tradition for our group to look forward to each year. I can't wait to return!