Adventures don't always mean you need to leave your town or even the comforts of your home. You can have adventures while you're cozy at home in your day pants! Day pants are what my family calls our pajamas/sweats....because they're fun to wear all day while we hang out at home doing fun stuff. My husbands' uncle Matt from Altoona started the whole day pants thing years ago. He was a phys ed teacher that put them on as soon as he got home because he thought they should be worn all day too. It's all about comfort and coziness. He's a cool and funny guy. He's so cool, my son is named after him, and that's a rock fact (raise your hand if you know that movie reference!!!). So this weekend we decided to have a day pants wearin' FLAVAH-ADVENCHAH! A flavor adventure is when you try eating something you've never tried before. In our household we sometimes call them "no thank you bites". It might be totally gross and you don't want to eat all of it, but you at least try a little bit. You might be surprised to discover a new flavor you absolutely love! We love trying new things around here... 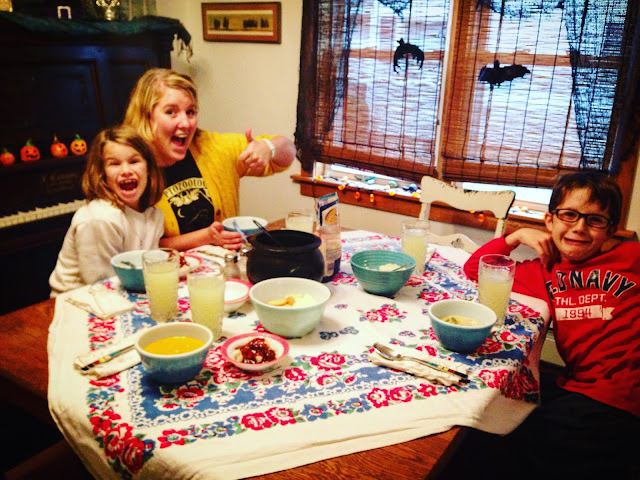 Miss Knight joined us for this dinnertime flavor adventure! Our theme for the evening was based on my daughters favorite movie, "Over the Garden Wall". She loves it so much that she dressed as Wirt, one of the main characters, for Halloween last year. We made the costume ourselves. Most people thought she was an elf or a garden gnome, but ONE awesome person knew exactly who she was and we were thrilled!!! 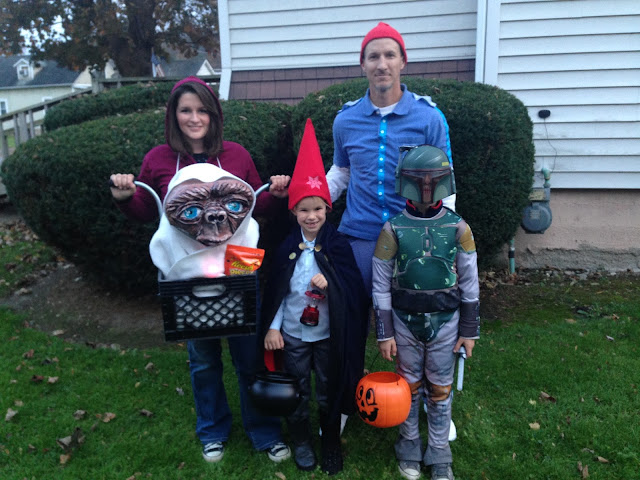 Anywho, "Over the Garden Wall" was a Cartoon Network special a few years ago. 10 episodes were released a few at a time over the course of a week and we fell in love with it! It's a mix of new characters and stories and old timey 1920's cartoons. That mix makes it seem familiar, even if you've never seen it before. It's visually stunning, the stories are strange, whimsical, and slightly spooky at times, but it's so awesome that we've watched the series hundreds of times and it never gets old. It's the perfect thing to watch in the fall. It's a tradition here.

One of our favorite little tunes from "Over the Garden Wall" is "Potatoes and Molasses". It's catchy, it's silly, and it makes trying unappetizing foods sound like a good time. So we thought we'd give it a try! FLAVAH-ADVENCHAH! 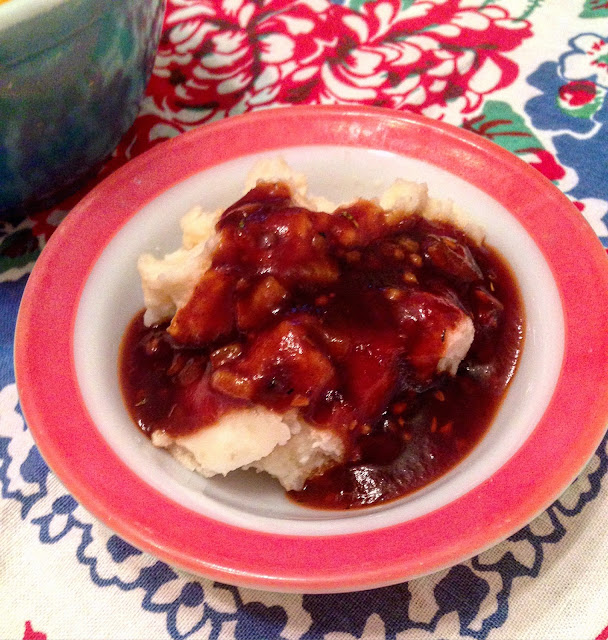 Miss Knight brought the potatoes and molasses and tweaked the molasses into a spicy flavorful sauce. It was so tasty I'd put it on chicken as a marinade! 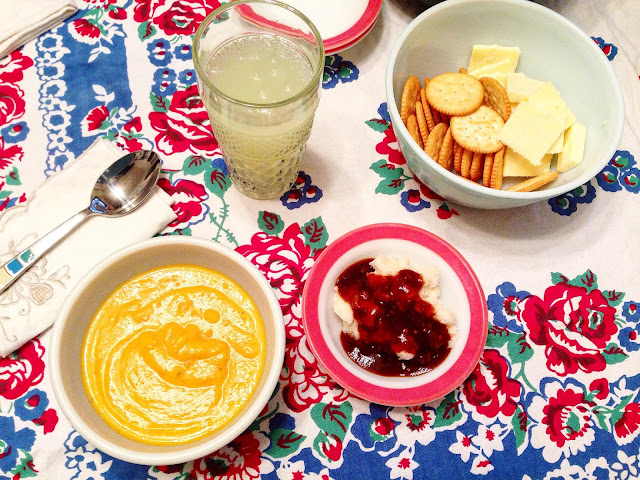 As with most of our flavor adventures, there was more to the meal than the "new thing" to try. If it's gross you don't want to starve, right? Exactly. So we did seasonal squash soup, potato veggie soup, cheese n crackers, and lemonade. Something for everyone. For dessert, a choice of apple cider donuts, pumpkin donuts, fruity cereal gooey marshmallow squares, and assorted chocolates. De-lish! The adults enjoyed the sauce, Clare (my daughter) nibbled at it because it was spicy and made her thirsty, and Matthew (my son) was less brave in the flavor adventure department. One bite and a polite pass. That's ok. More for me, er, I mean, everyone else. 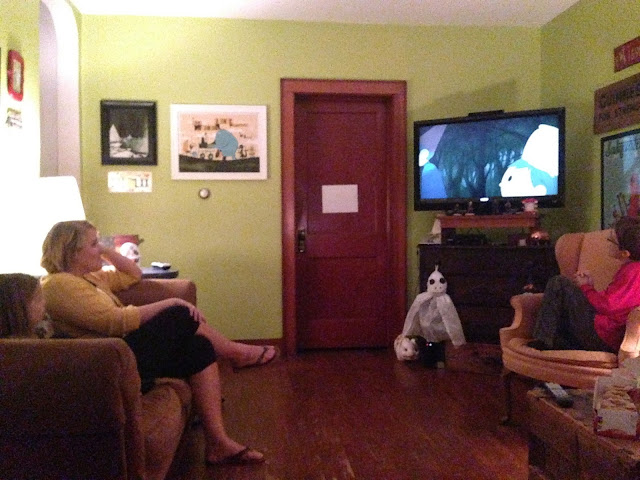 After the meal, the movie of course! There may have been singing along. The songs are truly that catchy and fun. Who could blame us?

If you haven't seen it, you should. It's beautifully done and makes for interesting meals and memories with your family. We love watching movies and having themed meals based on what we're watching. We did the same thing with Disney's "Ratatouille", growing the veggies, making the meal, and watching the movie. The kids loved it and I got them to eat veggies without wrinkling their noses. Try it, you'll like it...and if you don't it's a new experience and a no thank you bite. What have you got to lose? Put on your day pants and have a FLAVAH-ADVENCHAH!

Email ThisBlogThis!Share to TwitterShare to FacebookShare to Pinterest
Labels: adventures